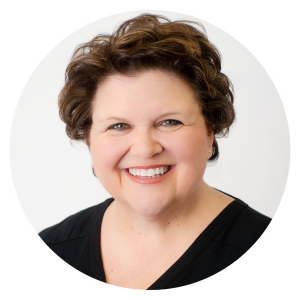 Dr. Mari Ann Callais worked in higher education for more than 25 years. She served as an Assistant Professor and Student Affairs Program Coordinator at Mississippi State University and Director of Student Organizations/Greek Life at Southeastern Louisiana University. Mari Ann left higher education for three year to work in the corporate sector and  served as the Senior Vice-President for Leasing/Marketing, Cottages Division the Theme Housing Specialist for Capstone Development.  Currently, Mari Ann is the Senior Director of Strategic Initiatives for Delta Delta Delta Fraternity.

She has served in numerous volunteer positions, including as a Member of the Delta Delta Delta Center for Living, Learning Leading National Board, as the Past National President for her sorority Theta Phi Alpha. She has presented hundreds of keynotes, workshops, and retreats on fraternity and sorority leadership, team building and values.

Mari Ann holds an undergraduate degree in Political Science from Loyola University New Orleans, a Masters of Education and a Doctorate in Educational Leadership and Research from Louisiana State University. She has been presented several awards through the years, including the Sigma Sigma Sigma Greek Advisor of the Year, Theta Chi Outstanding Greek Affairs Professional Award, Alpha Sigma Tau Order of Interfraternity Excellence and has received the Southeastern Interfraternity Conference Advisor of the Year Award twice. She received the Fraternity Communication Association’s Varner Award in 2013. She was also awarded the Association of Fraternity Advisors Distinguished Service Award and the highest award Theta Phi Alpha bestows on a member, the Guard of Honor. In recent years Mari Ann was awarded the NIC Silver Medal and the Association of Fraternity/Sorority Advisors Jack L. Anson Award.

Outside of fraternity and sorority life, she was awarded the National Diversity Council’s 2011 Most Influential and Powerful Women in Louisiana, the Louisiana Youth Seminar Lifetime Achievement Award and the Hammond Chamber of Commerce Annie Award. 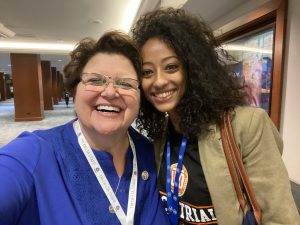 Dr. Mari Ann Callais has had the opportunity to consult with various firms and institutions when fraternity/sorority housing is a consideration.  Dr. Callais’ interest in fraternity and sorority housing began while serving as the Director of Student Organizations and Greek Life at Southeastern Louisiana University.  Capstone Development designed and built ten fraternity and sorority houses during her tenure at Southeastern.  Capstone was so impressed with her work on that project; they hired Mari Ann in a consulting role and later in a full time capacity as Theme Housing Specialist. In addition, Capstone began developing a high end off campus student product called “The Cottages” and moved Mari Ann to a Senior Vice President of Marketing/Leasing position.  The focus of this position was to supervisor marketing/leasing staff, but also to target market fraternity and sorority members to live in these facilities if they were not going to live in an on campus facility.  As a result, most of these properties have a majority percentage of fraternity and sorority members who are residents.

Projects that Dr. Callais has consulted or were a part of a development team include:

Mari Ann has made it her responsibility to visit fraternity and sorority housing developments as part of her travels to college campuses throughout the country.  She is interested in the educational aspects of what a house can add to the undergraduate Greek experience. Mari Ann understands fraternity and sorority life at various levels.  As an on campus fraternity and sorority life professional, having served as National President of sorority Theta Phi Alpha for six years, as a faculty member at Mississippi State University, working in the housing arena through Capstone Development, and now serving in a capacity with Tri Delta where housing fundraising campaigns are part of her professional role, she clearly understands fraternity/sorority and campus life.

In 2008, Capstone promoted Mari Ann to Senior Vice President of Marking/Leasing for the Cottages Program.  Since that time, she has worked with and supervised the leasing staff for projects in Columbia, MO, Hattiesburg, MS, Gainesville, FL, Norman, OK, and Lubbock, TX.  These high end off campus student projects, known as “The Cottages”, are an amazing concept for off campus student living.

Mari Ann has had a passion for music since she was a very young child.  Since age 11, playing guitar has been her primary instrument of choice.  As a result of very supportive parents, she was able to learn how to play the guitar and has used it in every aspect of her life since that time.  Over the years, many “famous” and “not so famous” people have had an influence on her style of music.  Being a singer/songwriter was something that just happened.  Today, she uses her music as part of her presentations, playing with her niece Callie, and just sharing her love for music whenever the opportunity arises.